26 September 2013: Theatrical elephants in Hull, East Yorks, are led through the city this afternoon. They were being filmed as part of the Hull's bid to become the UK’s City Of Culture in 2017. They were also filmed in Pryme Street multi storey car park and Hepworths Srcade.
The elephants were operated by performers from Newcastle theatre company Dodgy Clutch. They have performed in shows at the Edinburgh Fringe, on Broadway and in South Africa. If Hull succeeds in its attempt to win the City Of Culture 2017 title, the elephants will form part of a spectacular opening parade through the city’s streets, which will also feature 3,000 lantern-bearing volunteers and dancing white telephone boxes.
Elephants were chosen as a theme for the opening ceremony because of their historical connections with the city. In Edwardian Hull, large zoological gardens in the Spring Bank and Princes Avenue area were home to a number of elephants, which could be seen walking along Spring Bank every morning to be washed in the River Hull. 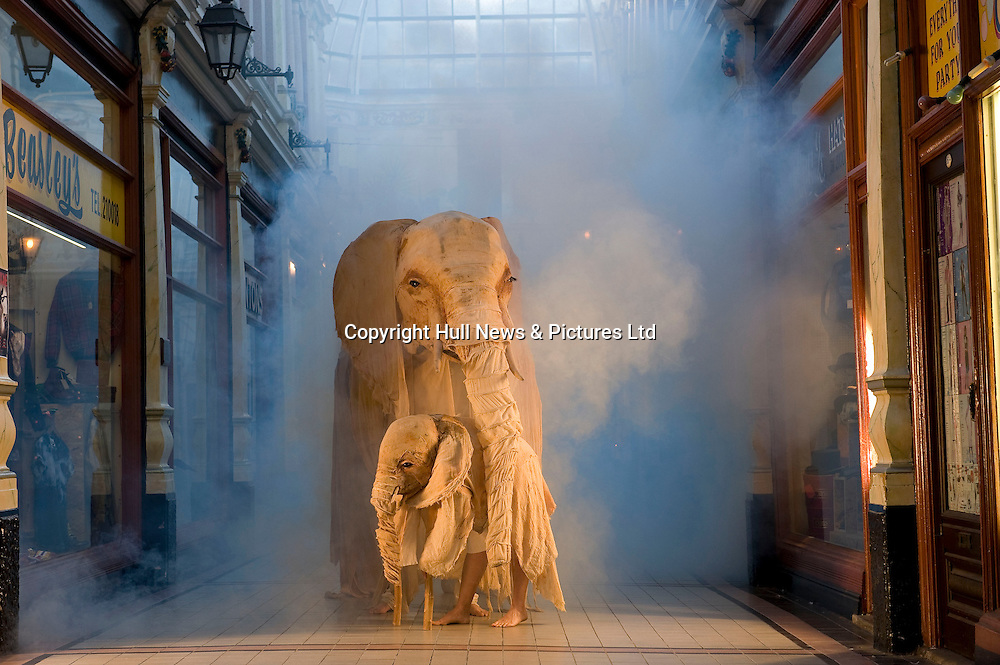