Barges at New Dock (formerly Clarence Dock) which is a mixed development with retail, office and leisure presence in central Leeds, West Yorkshire, England. It has large residential population in waterside apartments.
New Dock was developed as a £250 million mixed-use development between 2001 and 2007 by the River Aire next to the Royal Armouries Museum which faces onto Armouries Square. New Dock's main shopping street, 'The Boulevard' radiates southbound from Armouries Square. Another focal point is 'The Anchorage' at the top of the dock. The development opened officially in late 2007. The retail and leisure sector was launched on Saturday 11 October 2008 with fashion shows from celebrity fashion consultant and TV presenter Gok Wan. New Dock now attracts around 1.5 million visitors a year. 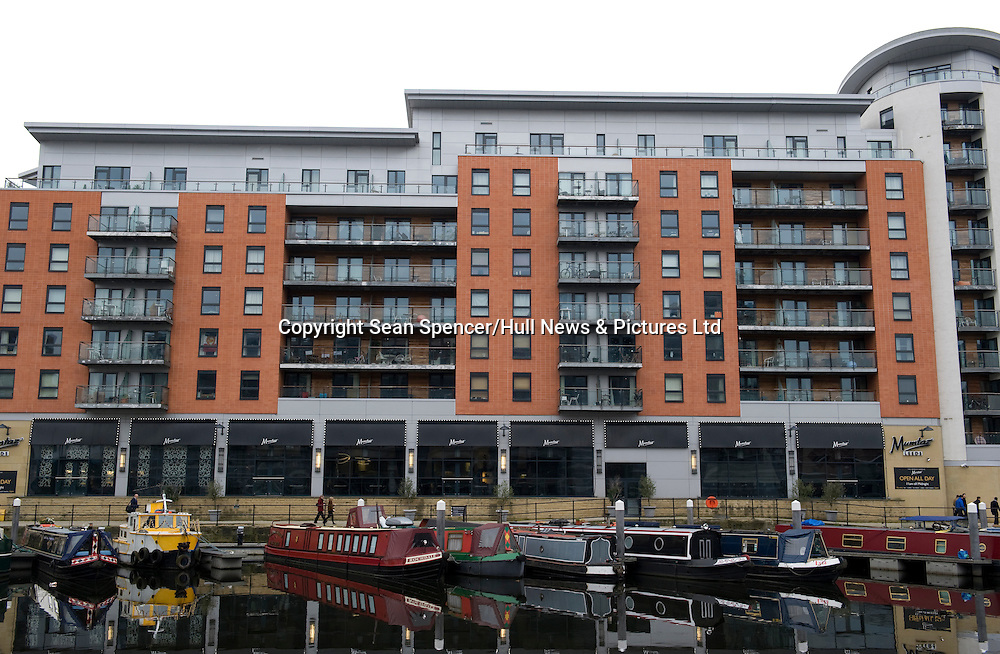