Free Use of Picture
6 September 2013: Torchbearers stand in front of an image of civil rights activist Martin Luther King at the opening of Hull's Freedom Festival which runs over the weekend and is expected to attract over 100,000 people. 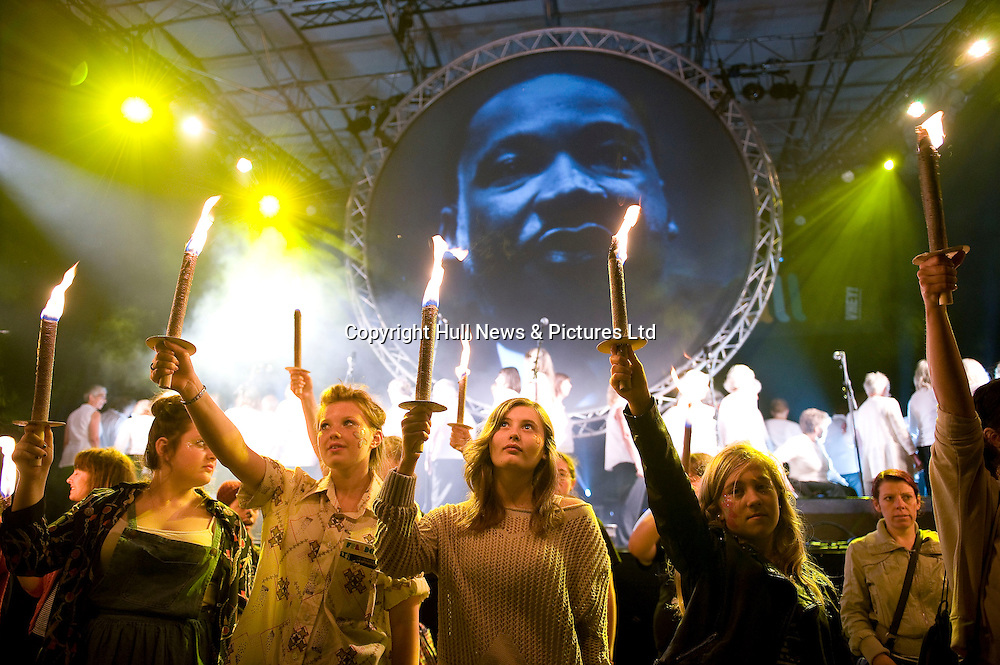